Why do some cases seem to settle so effortlessly and others seem to be a constant battle? There are a number of reasons why this seems to occur. The most common reason is that either one or both of the parties have entered the negotiations with unrealistic expectations. They think that they are entitled to more than the law will provide. This is especially difficult for someone to accept when they feel they have been wronged by the other party and there should be some punishment handed down to compensate him or her. This, however, is a no-fault state and as such, for the most part, someone’s wrongdoing or perceived wrongdoing is never taken into consideration.

Why do people have unrealistic expectations? It could be based upon a number of different factors. The most common reason is that some people are thinking emotionally. It becomes difficult to grasp certain legal concepts when someone is either very mad or very angry. The law as it is explained to them doesn’t seem fair and so they want to continue the battle. Sometimes they are correct, the law is not always fair. It is, however, the law and you can, for the most part, be assured that a judge will, in fact, follow the law in ruling in your case.

Sometimes a person can be influenced by either friends or family members who don’t understand the law but attempts to advise a person nonetheless. I am often amazed at how some individuals will give more credibility to the advice given by a neighbor down the street than an attorney they are paying money for his/her advice. Sometimes, unfortunately, people want to hear only what they want to hear.

Individuals who are contemplating divorce often research the internet and suddenly become “experts”. There are many online sites that are educational and can assist in understanding the process. There are however many sites that have incorrect information and can distort a person’s expectations. It is also important to remember that each state has different laws and therefore if you are researching laws in North Carolina they will not have anything to do with what you can anticipate in Florida.

The most important thing to remember is that negotiations to reach a successful settlement require some “give and take”. Nobody will settle for “their worst day in court”. That certainly how attorneys weigh the value of a settlement offer. If the offer is worse than what you might expect from a judge, then there is really no reason to settle.

If however, both parties understand that a settlement means giving up something to receive something, and they can put aside their emotions, a settlement should be able to be reached. It is important to remember, just like it takes two to tango, it takes two reasonable people to settle a case. 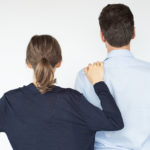 Alimony and the Effect of a Supportive Relationship
Comments are Off

Evan Baron Recognized in Best of Weston
Comments are Off 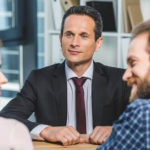 The Basic Issues of Divorce
Comments are Off 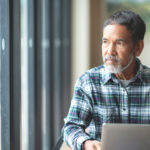 Alimony and Retirement
Comments are Off 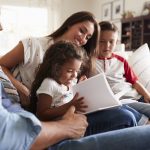