When a spouse is ordered to pay Permanent Alimony it will terminate upon the re-marriage of the receiving spouse or the death of either party. Does that mean if one of the above conditions is not met alimony continues forever? Not necessarily. Florida law allows a party to modify or terminate an alimony obligation if there has been “a substantial change of circumstance”. A substantial change of circumstance requires an involuntary change which could not be anticipated at the time of the Final Judgment. Therefore, if someone voluntarily reduces his income, by quitting a job or switching to one which pays less, he cannot seek a modification. The above would be considered a voluntary change, which is not cause for a reduction.

Can an individual who is paying alimony voluntarily retire and either reduce or terminate his alimony obligation? Retirement, unless it’s a mandatory retirement, is voluntary. Does a person paying alimony have to work until he dies? The answer is no! A person has the right to retire, but only under certain circumstances. The courts have ruled that a person can retire at an age which is customary in the industry in which he is employed. There are court cases which approve retirement at 55, for a law enforcement officer who is eligible after 30 years of service. There are court cases which state that a person cannot retire until he reached normal retirement age, generally considered to be over 65. Therefore, every situation is different, based upon the circumstances. The proposed alimony reform bill would have clarified this, but as we all know Governor Scott vetoed it.

Just because a person retires doesn’t necessarily mean that alimony terminates. It may mean that alimony will not terminate, but be reduced according to the income the paying spouse will be receiving during retirement. The court needs to consider not only the ability to pay but the continuing needs of the receiving spouse. The court cannot leave either party in poverty. An individual’s assets can also be taken into consideration. As you can see there is no definitive rule as to this issue, since each case must be considered individually. 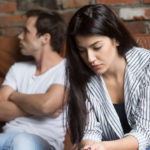 Should I Hire An Attorney?
Comments are Off 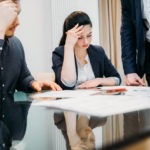 Divorce After 2018
Comments are Off

Evan Baron Recognized in Super Lawyers
Comments are Off 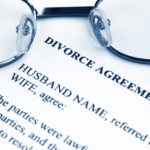 Why Hiring the Right Attorney is Important
Comments are Off 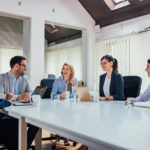